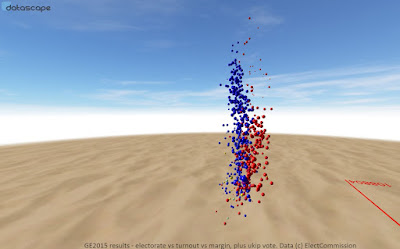 
Just testing out a minor update for Datascape when I decided to plot the 2015 General Election results data on a scatter plot, not geographically. I chose:


A quick fly around of the data revealed a number of interesting points: 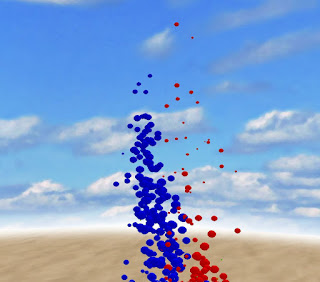 In the high margin/majority space it is the Conservatives that dominate. More big majority, safe homeland seats. 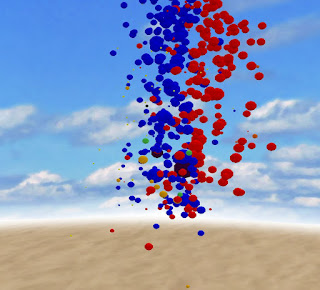 It is at the small majority end where we tend to see the smaller parties - few of them have massive majorities in their seats. 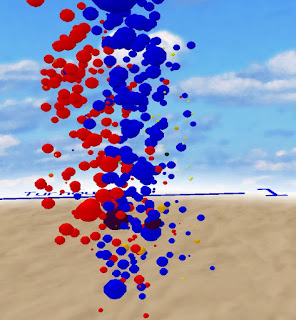 The SNP wins are generally associated with very high turnouts. The dots (yellow) are small as there was minor/no UKIP voting and that is what we've mapped to radius. 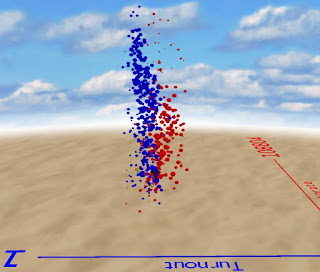 And the most striking - looking at the turnout axis the Conservatives dominate in the high turnout seats and Labour in the low turnout seats. Cause or effect? 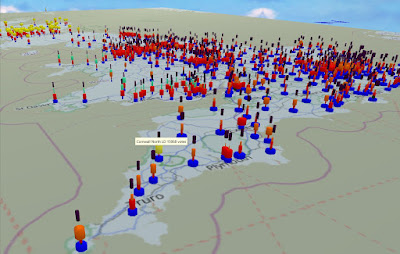 Here's another visualisation we really like - just showing the vote for each of the main parties across all the constituencies. The fly-through link is: