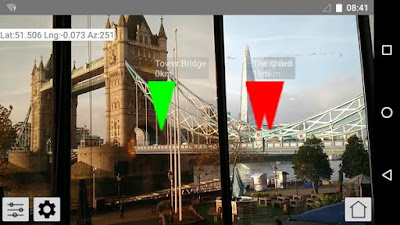 Posted by David Burden at 16:17 No comments:

For Daden-U day that took place in February I chose to look into a technology that’s on everybody’s radar. Blockchain is being touted as the next big thing and becoming a buzzword for business. A block chain is a is a continuously growing list of records, called blocks, which are linked and secured using cryptography. Blockchain is synonymous with cryptocurrency because blockchain is the underlying technology of cryptocurrencies such as Bitcoin and Ethereum but there are other uses for Blockchain. Blockchain is still a young technology and it goes without saying that the world still figuring out whether is a solutions looking for a problem outside of cryptocurrency. To gain of a better understand of what blockchain is, its usefulness and how we can integrate it into our products I decided to create my own blockchain called UncomplicatedChain using a simple console application in c#. Different blockchains have different structures depending on their purpose. To keep things simple I decided to have the only the necessary elements in my blocks.

I won’t go into any technical detail about the rest of the implementation of my UncompicatedChain as there are many tutorials for developing a blockchain. My take away from this exercise is that blockchain is a simple but powerful technology that certainly has its uses. For us as Daden the best use may not be so obvious. One way in which we could use blockchain is with our product Fieldscapes. Fieldscapes is a service which lets educators create and share 3D and VR immersive learning exercises. Fieldscapes includes a user generated library of locations and objects, and an easy-to-use editor. Fieldscapes could track changes to made exercises. Another use could be keeping track of location and object use then using this data to reward content creators.

Posted by Anonymous at 16:03 No comments: