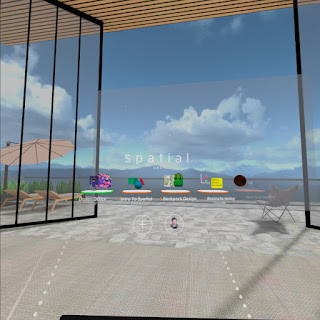 As part of my DadenU day I thought I'd try out another SocialVR environment - this time Spatial (not to be confused with vSpatial which is a VR "virtual desktop" app). Spatial is downloaded as an app onto the Quest. The web client only works in "spectator" mode rather than giving you a full avatar presence.

A really nice touch is that your available "rooms" show as little mini-3D models to choose from (see above). However this doesn't look to be scalable as they are a fixed selection of shapres and actually only emphasises the pre-canned nature of the environment.

Another "USP" is that it takes a webcam image to generate your avatar. OK I didn't try to optimise it and was probably look up too much but the result was very uncanny valley... And you can see from the arm position why many apps have gone for only head-body-hands, missing the arms. 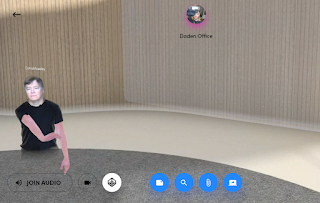 There are a number of fixed office/meeting room type environments to use, but no option I can see at the moment to make your own. There is a big display board, but it wasn't really clear how that worked. "Spectators" appeared in world as their webcam feed above the board. You could separately rez post-its, a shared web browser, images from your desktop etc. There's also a library of 3D models which I guess you can add to - but not too obvious how.

Navigation seemed very clunky with step wise rotation on the joystick - hard to manoeuvre in a space which albeit small is still larger than my room to freely wander in VR in. 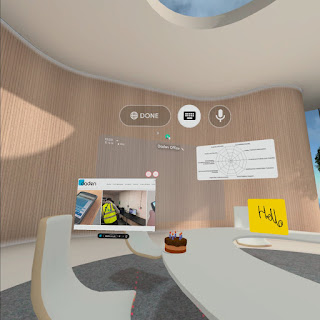 And that's sort of it.

As a step towards a very business orientated VR space it's not bad, if they can improve the typical avatar capture to the quality that seems to be in the promotional shots that would be great, and a scalable version of the room models would be wonderful to see more widely. But why be a slave to the real-life model - their "Mars" planning room has a small model of a crater, and a small model of Curiosity - why not have both full scale (and the crater small scale) and have the meeting on Mars?

Here's my initial take on Spatial plotted on our radar diagram, and below some key thoughts on each measure. 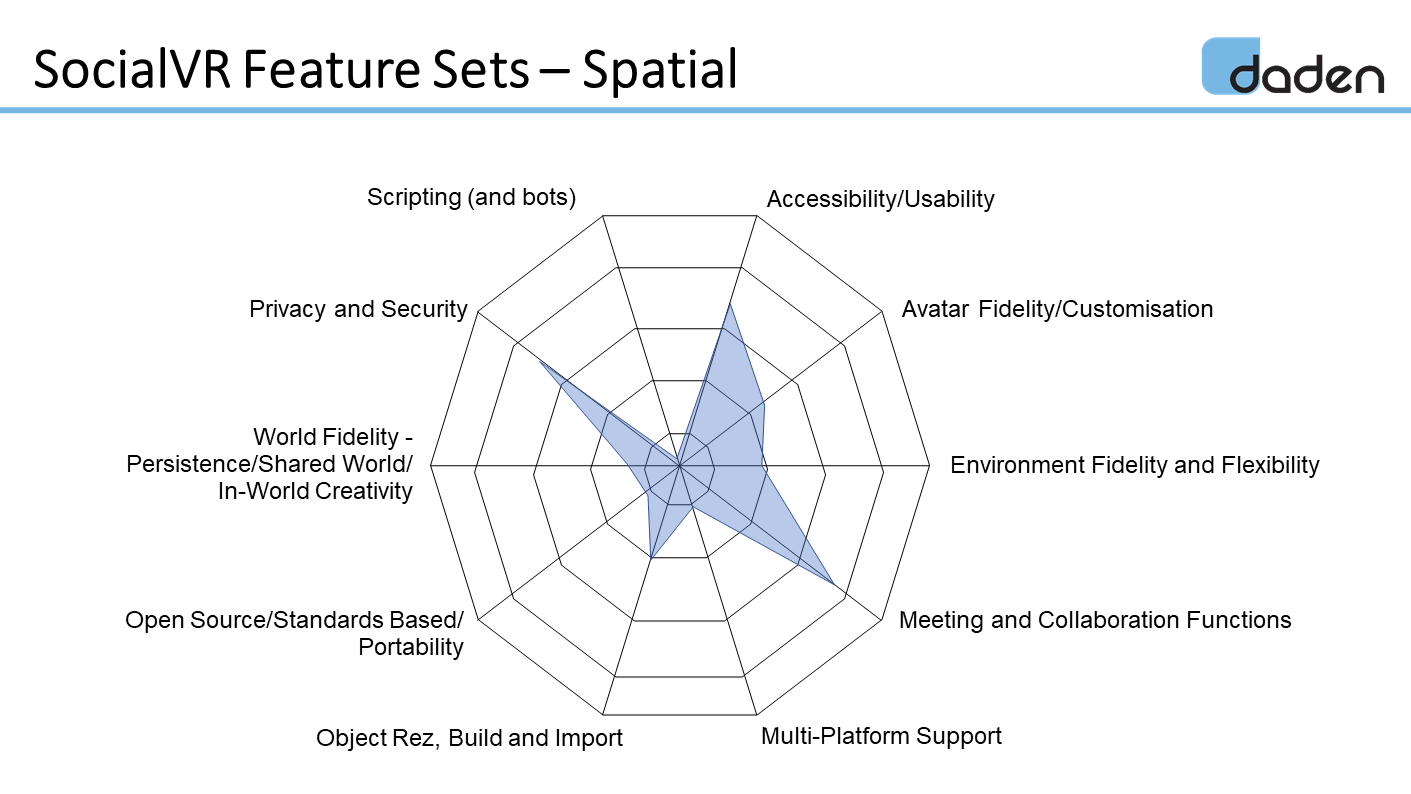