Trainingscapes at the Future Education Trust for Leadership Summer Symposium 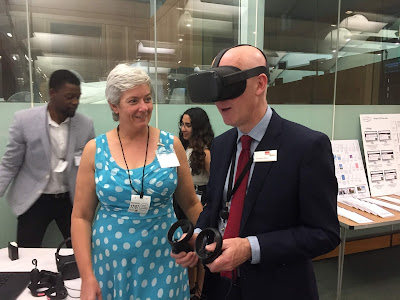 We were delighted to be invited by our client Bournemouth University to help showcase the work we are doing for them in VR training for midwives and nurses at the Future Education Trust for Leadership (FELT) Summer Symposium on "How technology will change teaching and education" held at the UK Parliament yesterday.

We'd rashly promised that we'd have Trainingscapes working on Oculus Quest for the event and we managed it, just! Denyse (left of picture, with Policy Connect CEO Jonathan Shaw trying the system out) brought BU's shiny new Quest and we brought 2 of our own (and a third turned up at the office today). Space-wise we only had two running in the end, but this is a far cry from the Rift demo's we've been doing as the Quests need minimal set-up, provide a stable environment, lots of good UI (showing real-world imagery whilst you define the guardian space and find the controllers) and all of a sudden VR is easy and you can afford to have multiple people try it at once!

The content of the main symposium gave some interesting perspectives on technology in schools, FE and HE. Highlights for me were: 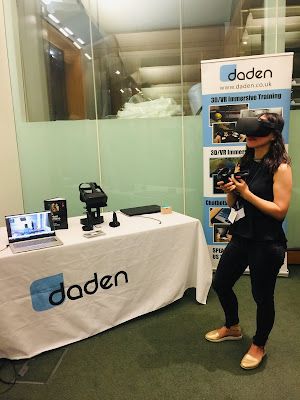 All in all a great day out! 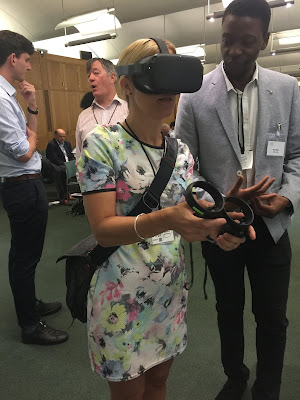