Virtual Reality vs Immersive 3D - the Search for the Right Words! 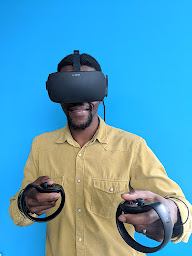 As a company that been creating immersive experiences for over 15 years we find that the contemporary obsession with headset based virtual reality (HMD-VR) is often at risk of a) forgetting what valuable work has been done in the past in non-HMD immersive 3D environments and b) not highlighting to potential  clients that a lot of the benefits of "VR" can be obtained without an HMD, and not having the funds for, or access to (esp in COVID) HMDs does not need to stop a VR project in its tracks. 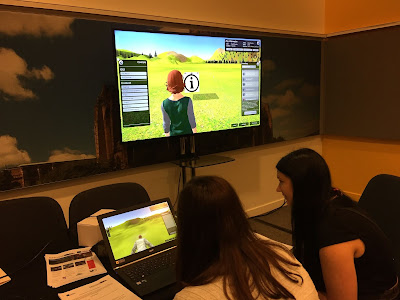 One problem is that we just don't have the right terminology, and what terminology we have is constantly changing.

"VR" has almost always been assumed to mean HMD-based experiences - using headsets like the Quest, Rift or Vive - or even their forerunners like the old Virtuality systems. 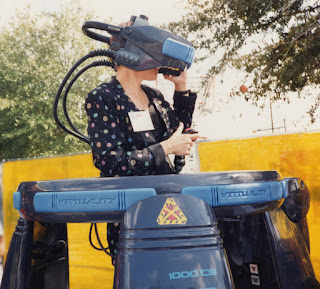 But in that fallow period between Virtuality and Oculus DK1 3D virtual worlds such as Second Life, There.com and ActiveWorlds were enjoying a boom-time, and often found themselves labelled as "virtual reality". 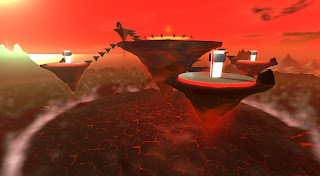 One problem is that there seems to be no commonly accepted terms for the classic Second Life (or even Fortnite) experience, where you can freely roam a 3D environment but you have a 3rd (or sometime 1st) person avatar view of it. It's certainly not 2D. It's sort of 3D - but not as 3D as the stereoscopic experience using a VR-HMD. I've seen 2D/3D or "3D in 2D" but both are cumbersome. We sometimes refer to it as "first-person-shooter" style (but that doesn't go down well with some audiences), or "The Sims-like".

At a recent Engage event I went to I'd guess (from avatar hand positions) that about 50% of attendees were in VR-HMD and 50% using the immersive-3D desktop client. So should it be described as a VR or immersive 3D system? Our Trainingscapes is the same, we can have users on mobile, PC and VR-HMD devices all in-world, all interacting. And Second Life is often "dismissed" as not being "proper VR" - but when Oculus DK1 was around I went into SL in VR - see below - so did it stop being VR when they went from DK1 to DK2? 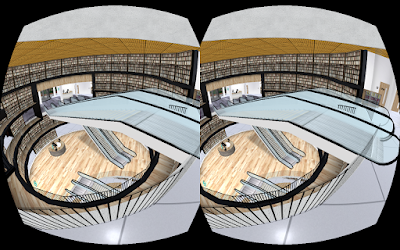 So if a system can support both - is it a 2D/3D system or a VR system? That is why we tend to refer to both the 2D/3D  approach and the VR-HMD approach as being "immersive 3D" - as long as you have a sense of agency and presence and the egocentric view. It's the experience and not the technology that counts.

And don't get me started on what "real" and "virtual" mean!

No wonder clients get confused if even we can't sort out what the right terms are, and its far too late for some de jure pronouncement. But perhaps we all could try and be a little bit more precise about what terms we do use, and whether they are just referring to the  means by which you access an experience (e.g. VR-HMD) or to the underlying experience itself (such as a virtual world or virtual training exercise).

In later posts I'll try and look more closely at the relative affordances of the 2D/3D approach (better name please!) vs the VR approach, what researchers experiences of virtual worlds can teach us about VR, and also how "virtual worlds" sit against other immersive 3D experiences.